Prestige Sanctuary is a luxury Villa township located in the blissful environs of Devanahalli in North Bangalore on Nandi Hills Road. The project is right opposite the landmark address, the Prestige Golfshire. The site opens to 23 verdant acres of lush land and hosts 85 plush villas in 4 BHK forms. The villa sizes range from 4095 sq ft to 6680 sq ft. The plot size of the villas ranges from 3475 sq ft to 6052 sq ft. The cost of these elite homes starts at Rs 5.5 Crores.

The project is placidly located in the foothills of iconic Nandi Hills. The entire premise perceives the divine views and beauty of Nandi Hills. The site brings you a lofty quality of life with its pristine villas nestled in the lap of nature. The project hosts the finest of amenities and utilities to keep you healthy, happy, and fit. The royal club is a hub of elite indoor luxuries.

The project will be completed by Oct 2025 in a single phase. The villa homes embrace urban contours with pertinent Vaastu aids. Every villa in the precinct is aligned to witness the poised views of Nandi Hills. The villas are crafted to bring the right blend of indoor and outdoor vibes to engulf the virtue and chastity of both worlds. 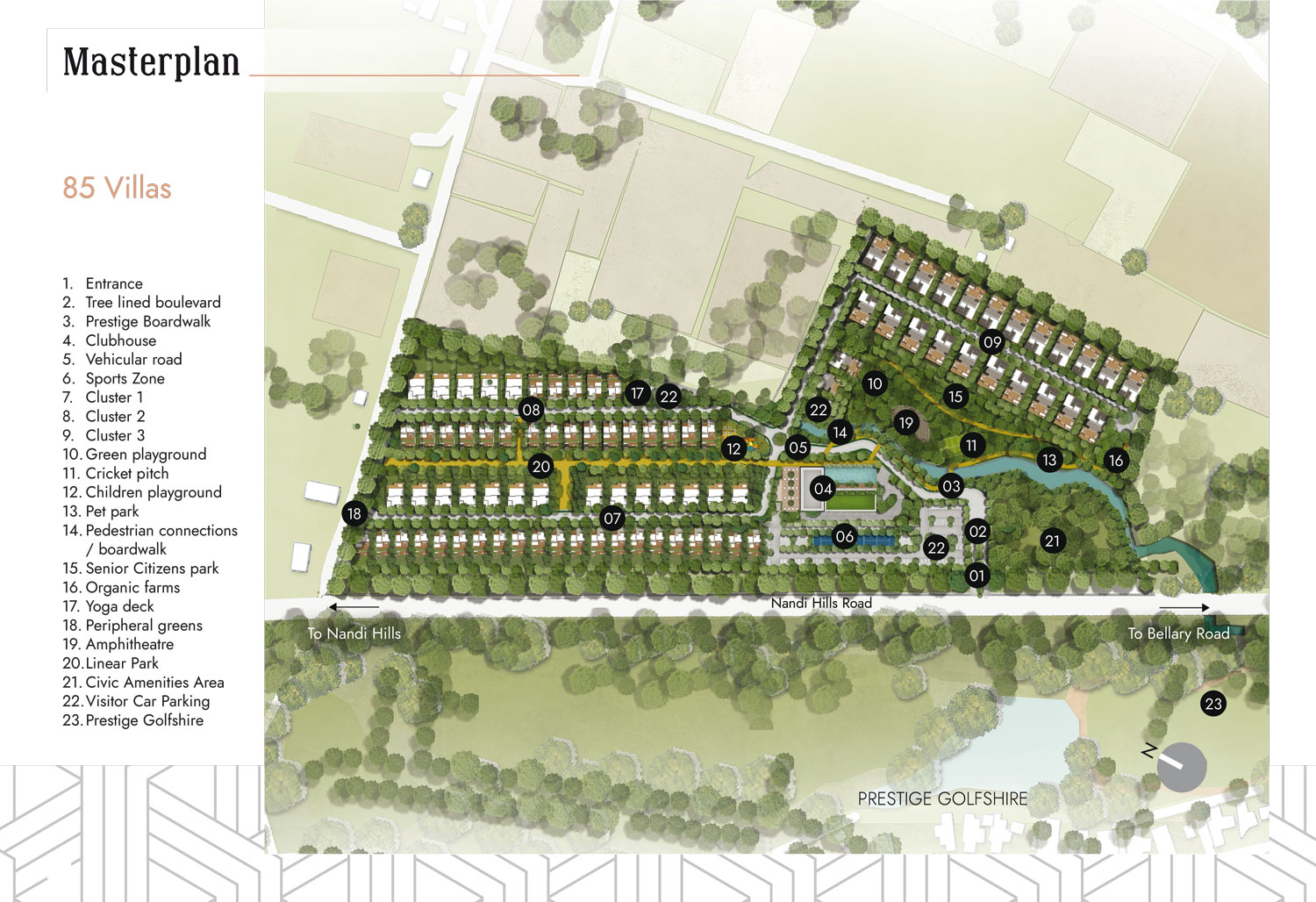 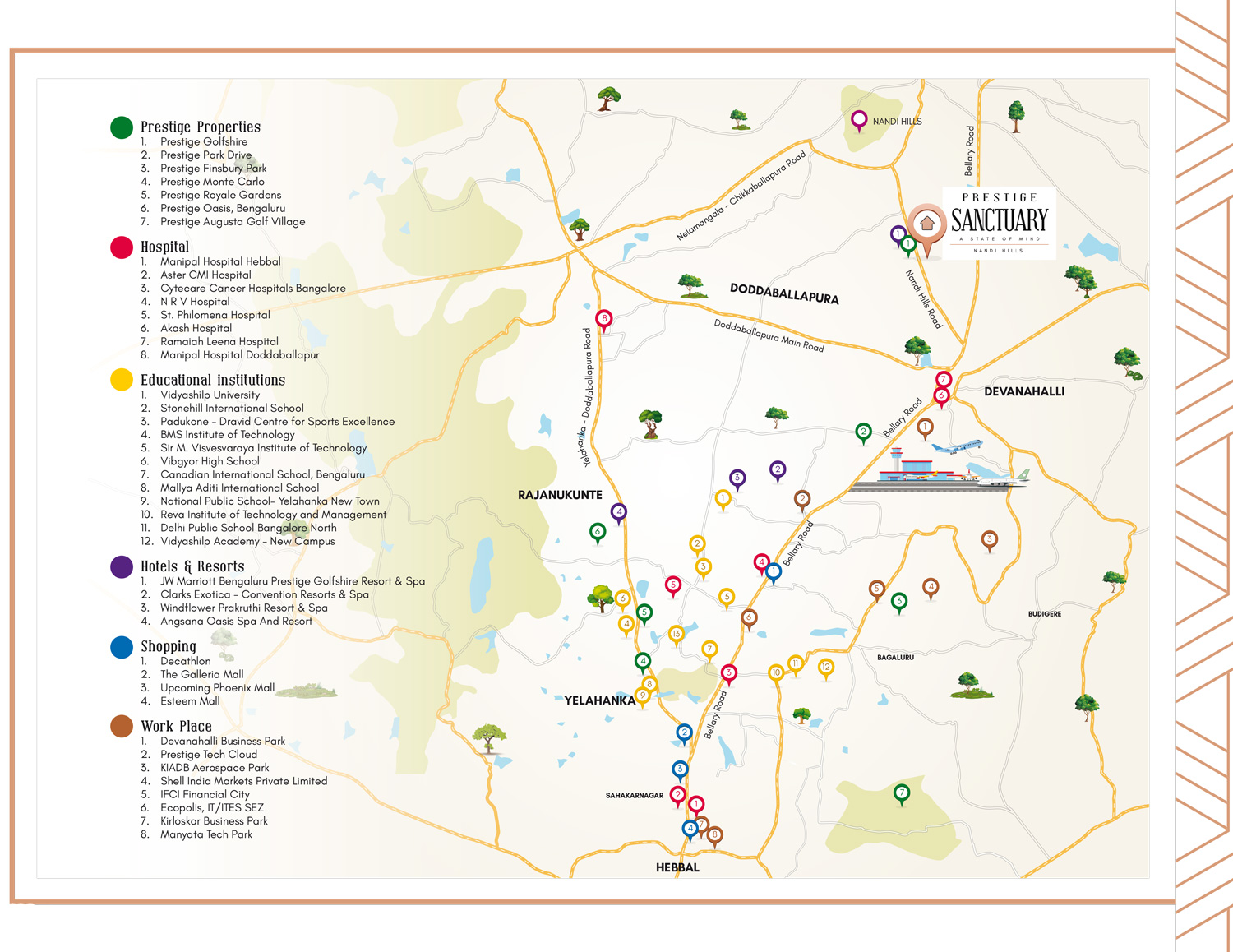 Prestige Sanctuary is nestled in one of the placid locales of North Bangalore, in Devanahalli. This area is a marked IT and real estate hub of the city. The locality vests quick commutes and has access via road, rail and air. The site hosts many top job parks, SEZs, and IT firms. The civic infra setups here ply to provide a smooth life to the habitants.

Top schools, colleges, work hubs, and leisure outlets are in the mere precinct of the project. The site is located opposite the iconic golf club, the Prestige Golfshire. The Airport is just a 10 min drive from the site. The Aerospace Park and KIADB area are a few km from the venue.

Embrace a world of bliss and truce at Prestige Sanctuary, a perfect venue at an ideal locale by Prestige Groups. This 23 acres site in Devanahalli is a destined harbor for 85 luxury villas. The project offers 4 BHK villas in sizes of 4095 sq ft, 5256 sq ft, and 6680 sq ft. The township is due to be completed by Oct 2025 in a single phase.

Bangalore, or Bengaluru, is the most popular city in India. It is the capital city of the southern state of Karnataka. With more than 10 million people, the city is the homeland of dreams and prospects. This megacity is noted as the 'Silicon Valley of India.' More than 80% of big global tech brands operate from Bangalore. The year 1984 initiated the making of this IT capital with the launch of the new computer and software policies. This policy set the foundation for the IT industry in Bangalore.

Bangalore is located on the Deccan plateau. It is over 3,000 ft above sea level. The city relishes a pleasant climate throughout the year with distinct dry and wet seasons. It covers 286 sq miles of land area. Bangalore hosts a handful of freshwater lakes and water tanks. Iconic lakes like Hebbal Lake, Ulsoor Lake, Yediyur Lake, Madivala tank, and Sankey Tank have added to the city's beauty.

Bangalore is the world's fastest-growing global Tech hub in the world. The city is the top choice for FDIs, tech firms, and start-ups. Let's now understand what makes Bangalore an ideal choice for these IT & ITES.

Bangalore has allotted large areas for creating SEZs, Software, and Hardware Parks. There are more than 30 SEZs in the city with all vital infrastructures. This framework makes it easy for tech firms to set up their bases in these zones.

The city supplies 24/7 power to its SEZs and IT parks. This facility is to support various operations of these firms without any failures. This aid also makes it easy for firms to run their operations seamlessly.

Bangalore has well-set infrastructures. The city is connected to its peers through road, rail, and air. The International Airport of Bangalore is one of the country's busiest airports. The Metro rail facility has boosted the commute network. BMTC facilitates the public intra-bus service. The BMTC is ranked among the best public transport modes in the country.

The city produces a massive force of multi-skilled tech experts. This availability speeds up the hiring process for companies. There are many reputed academic institutes and engineering colleges in the city. Bangalore produced more than 15,00,000 skilled IT professionals last year.

Bangalore is one of the major cities in India, equipped with the best connectivity. The connectivity of a city plays a big role in its economic growth. Bangalore has the natural edge of being close to other major growth hubs.

The city maintains close links with major cities like Chennai, Hyderabad, Mumbai, and Kochi. The inter-city and intra-city commutes are set through various means of transport.

The city rail travel is enabled through a rapid transit system called Namma Metro. The Metro runs across the city and currently comprises over 50 stations. The Metro starts its operation at 5 a.m. The ride ends at 23.00.

The KSRTC bus services connect Bangalore with other places in the state. KSTRC also provides semi-luxury and luxury buses plying between Bangalore and cities in other states.

The BMTC provides public road transport services for intra-city travel in Bangalore. BMTC serves the city with buses plying between various city locales. BMTC services are considered the best among the public transport systems in the country.

Investment in Bangalore’s real estate is one of the most profitable stakes. This prime city offers many options to invest in its realty market. The city's residential market has quickly grown with good demand and supply chain. Many top realty brands are operating in Bangalore. Prestige Groups, Brigade, Shoba, and Godrej Properties are a few of the top brands operating in the city.

The property prices in the region vary from Rs 4,261 to Rs 7,342 per sq ft. The average price stands close to Rs 5,297 per sq. ft. The housing assets have noted a capital raise of 14%. The real estate market here has nearly 45% of plot ventures. The distribution matrix records close to 43% of apartment projects. The villa projects sum up to 12%.

There are many potential reasons why Devanahalli can be deemed for real estate investments. Devanahalli is a core business hub of Bangalore. It hosts many IT investment projects and tech parks. The giant workforce employed in these Tech hubs aspires to reside in Devanahalli, close to their work destination. This outlook has triggered a surge in the real estate market in this area.

The demand for housing projects is peaking in this region. One can find large townships, plot communities, and apartment enclaves in Devanahalli. The rental returns here are good compared to other areas.

Good commute access is another reason for the realty market in Devanahalli to flourish. The region is finely linked to other prime localities of the city. The presence of NH 44 (Bellary Road) and the 6-lane Outer Ring Road in the near precinct has greatly helped the commute nexus.

Devanahalli hosts the city’s best schools, hospitals, and shopping harbors. The region includes the best civic utilities, from top restaurants to resorts to multiplexes. This framework has positively charmed the residential market of this region.

Investing in Prestige Sanctuary bestows distinct advantages to its investors. Purchasing a villa home in this elite project will keep you close to an upscale lifestyle. While you enjoy a life of ease and comfort, the asset you own will rise in worth and value with time.

With Sanctuary, you will partake in a world-class lifestyle. Best amenities and utilities are available at your doorstep to ensure uptown living within this premise.

When you buy a villa here, you are connected to the best architects in the city. Your abode at Sanctuary assures the following features -

Prestige projects are known for their legal endurance. The firm is known to follow a standard set of rules in each of its launches -

Prestige Sanctuary is a Villa Township coming up in Whitefield. The project is a venture by a top realty firm, the Prestige Group. The project offers 3 and 4 BHK luxury villas in multiple sizes.

The pre-launch date will be announced soon once the implied approvals are in place.

The project is coming up in Devanahalli, close to BIA.

The Kempe Gowda International Airport in Devanahalli is 15 km from the project premise.

The site has clear titles. The project's legal status will be updated soon. 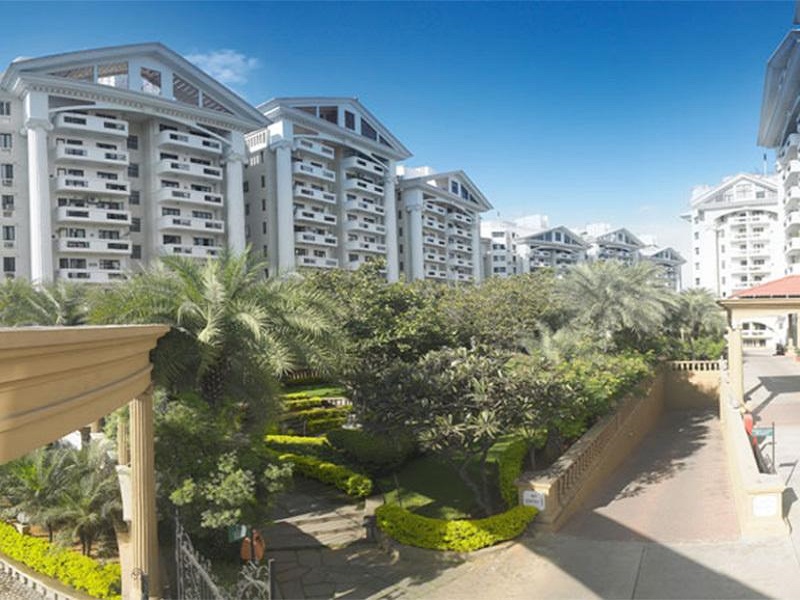 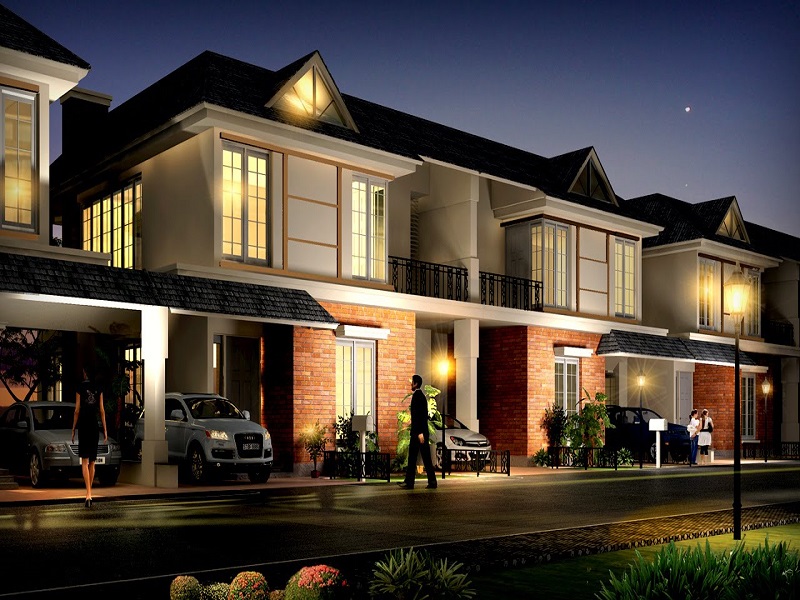 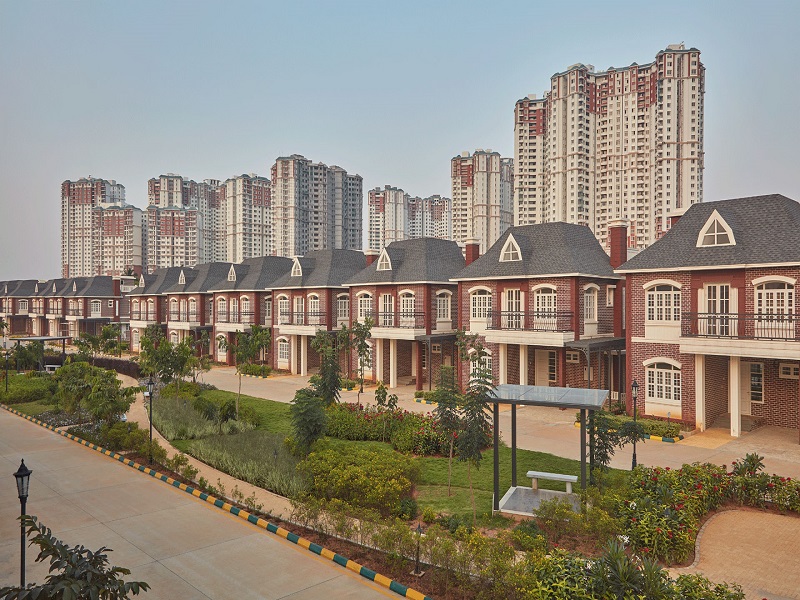 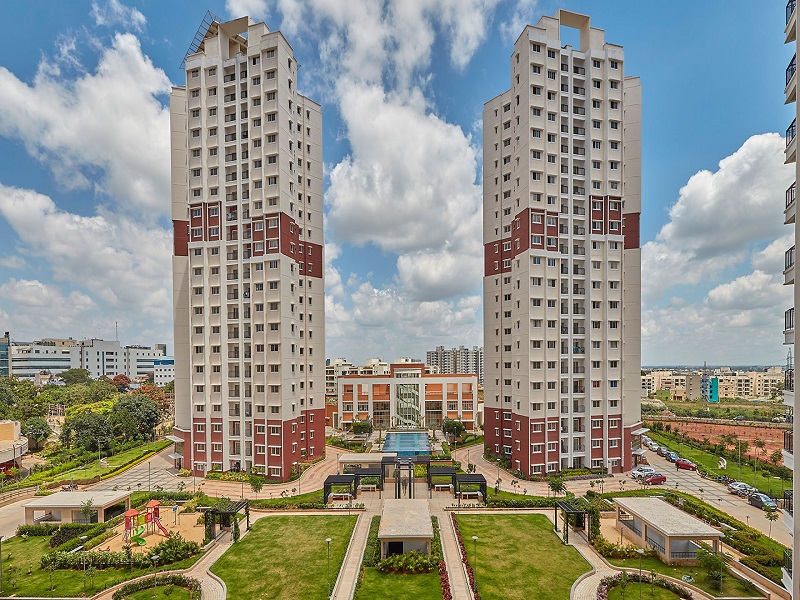 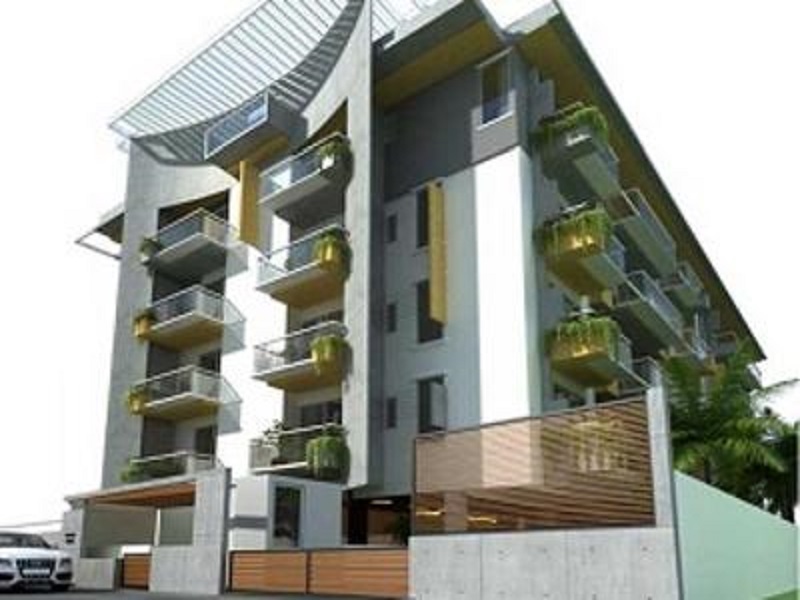 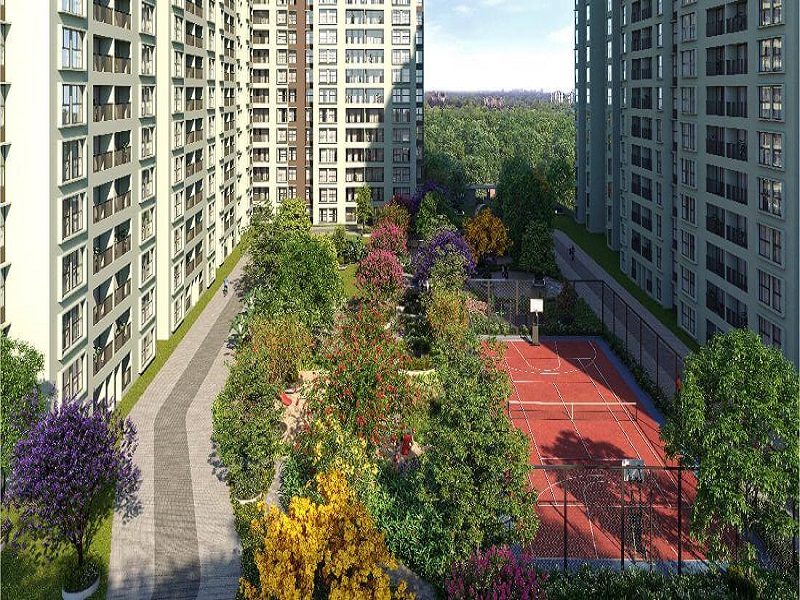 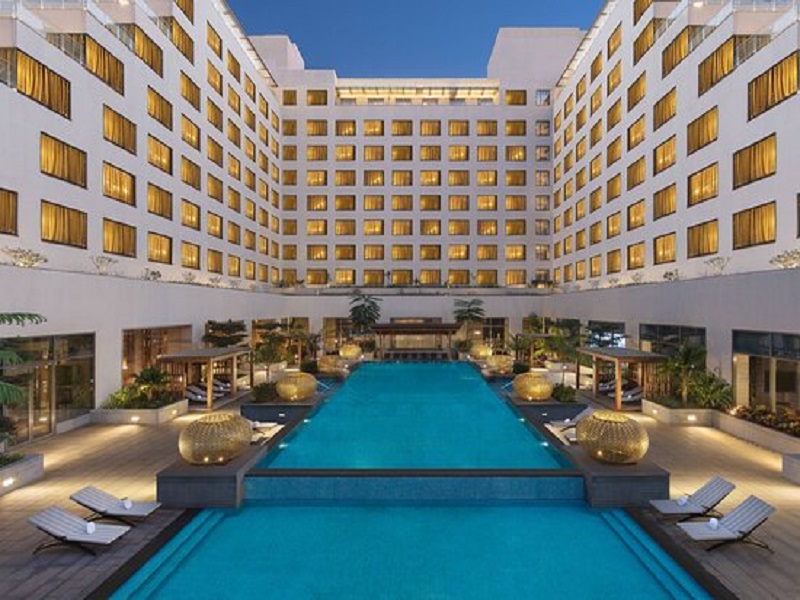 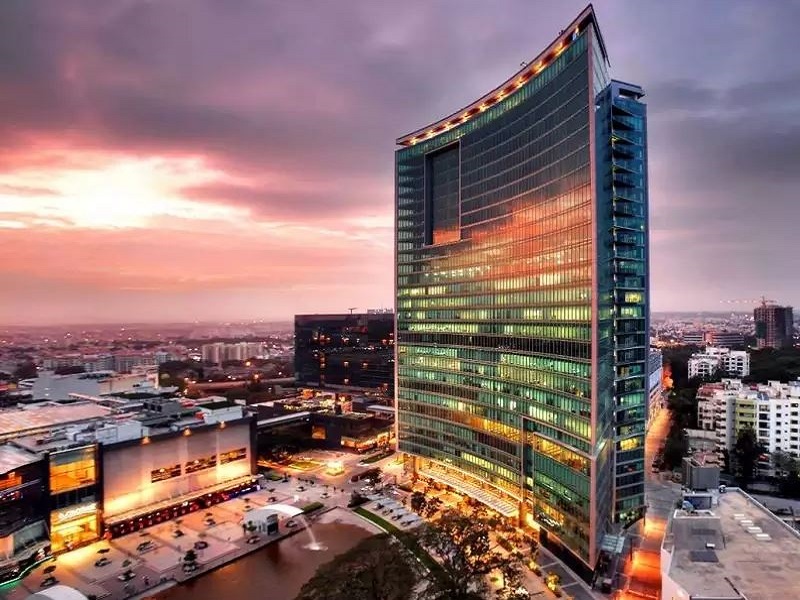 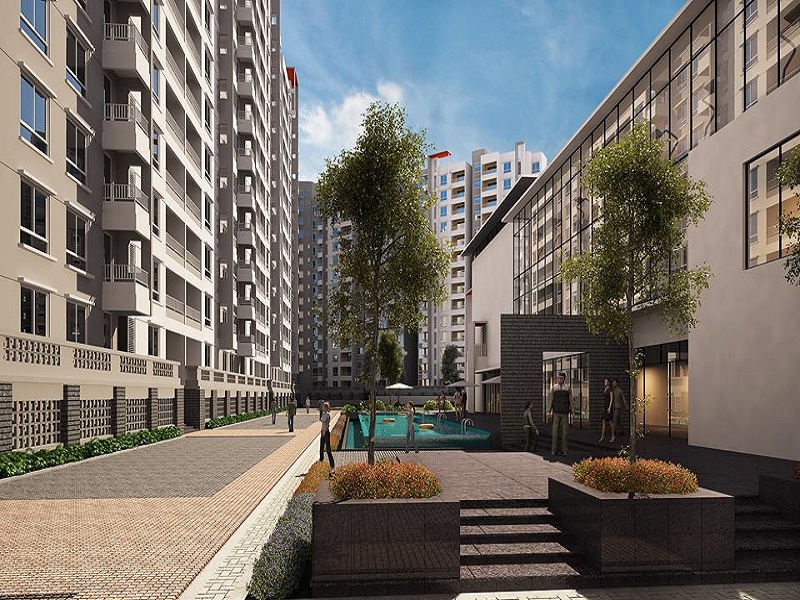 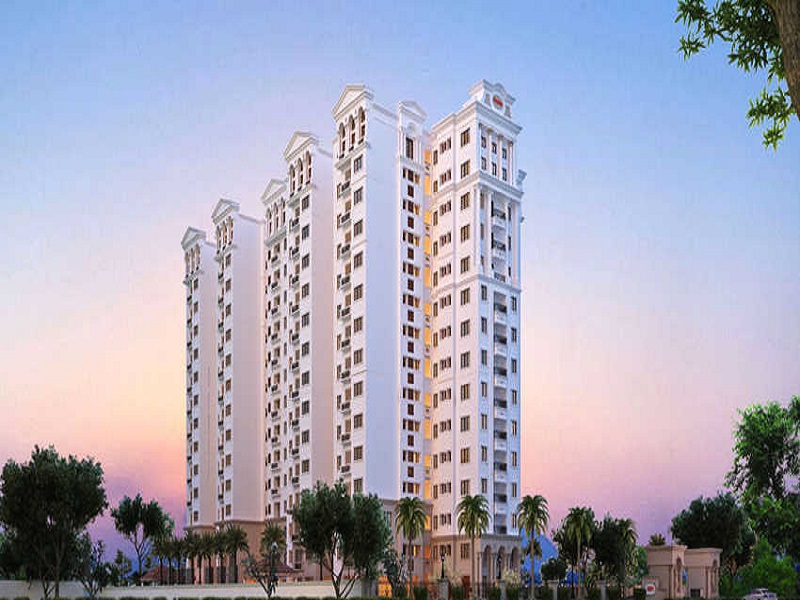 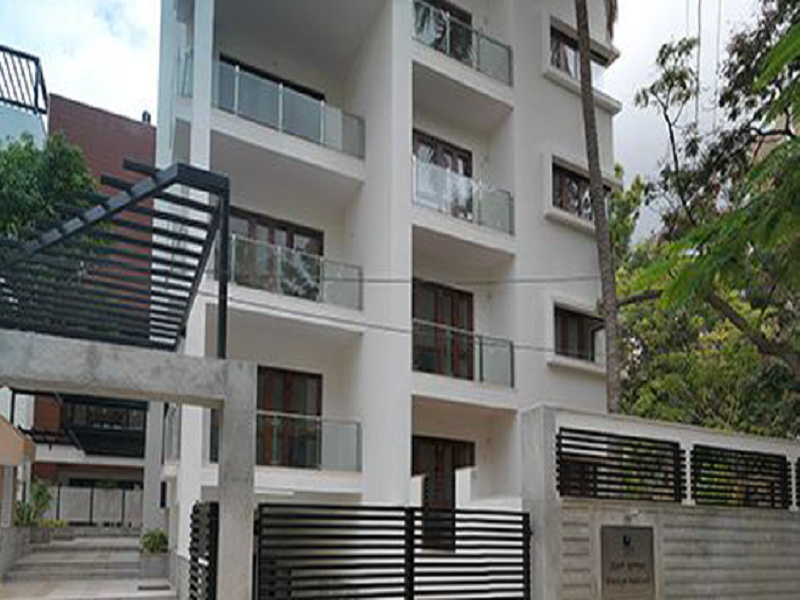 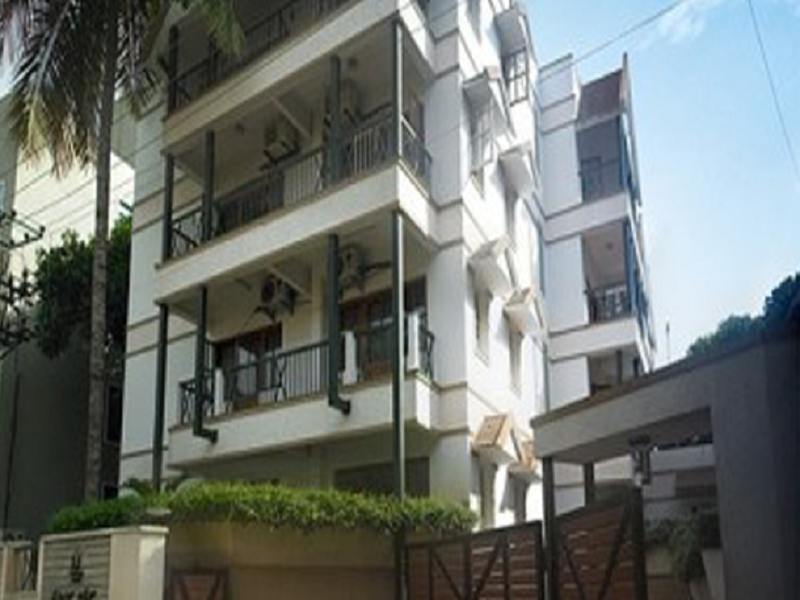 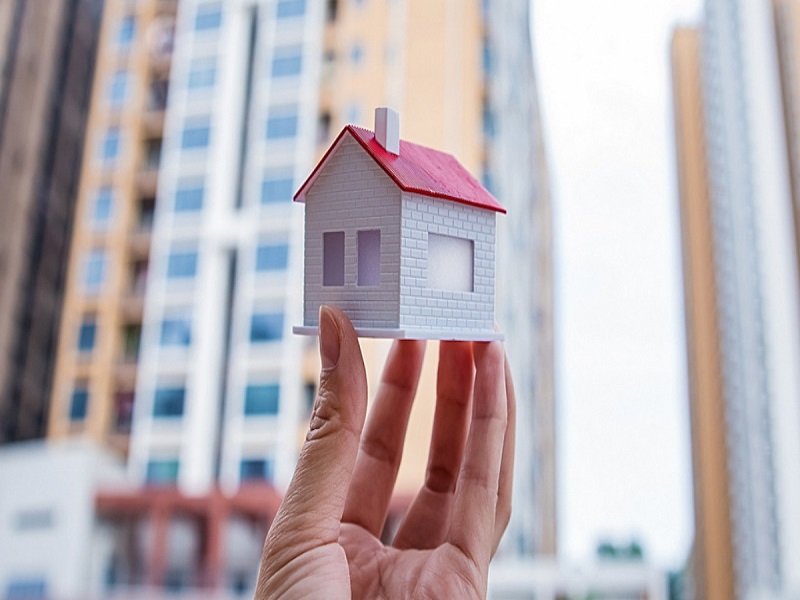 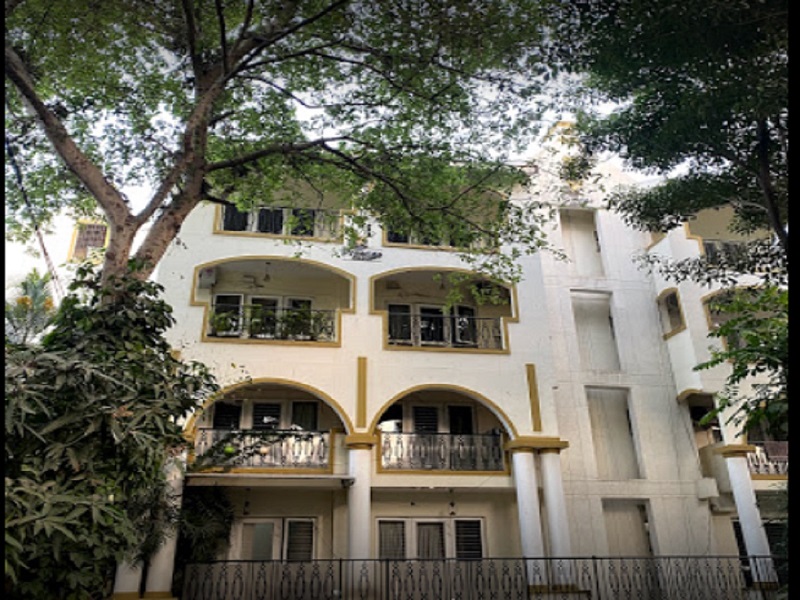 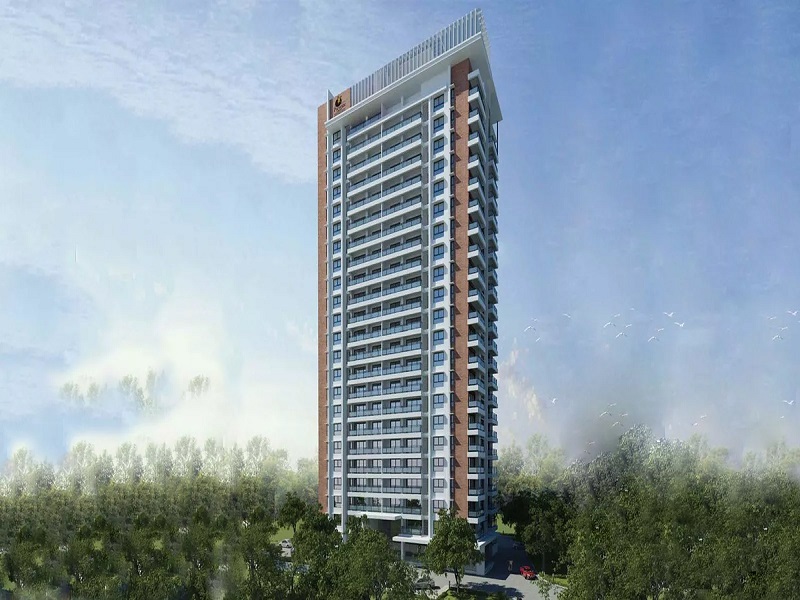 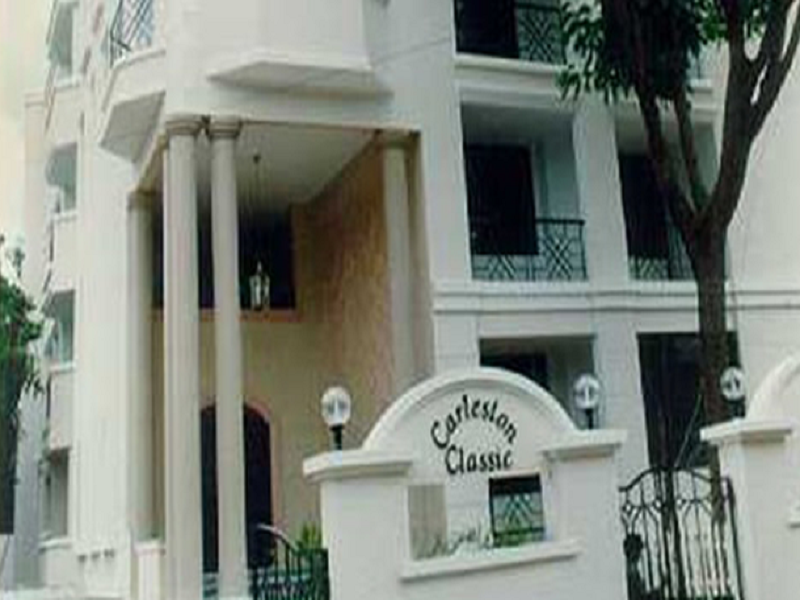 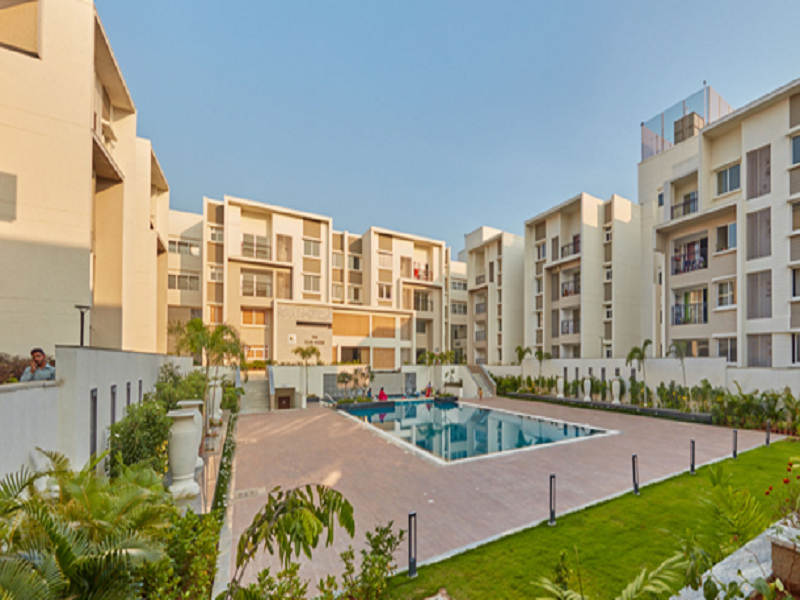